Some analysts have warned that the recent drop in prices could be a sign of “institutional exhaustion” as selling pressures from Asia increased since Jan 19th.

Despite Bitcoin’s current downtrend, some institutional investors are sticking to their forecast that BTC price will hit $ 100,000 before the end of 2021. This suggests that the institutions are being carried by rising investor sentiment and the new proposals for a Bitcoin ETF.

While Bitcoin is still facing resistance around the $ 33,000 level, on-chain analyst Willy Woo sees a potentially positive development for BTC. Woo said the Bitcoin Spent Output Profit Ratio (SOPR), a metric that shows BTC’s profit ratio by dividing the price sold by the price paid, had “a touchdown.”

According to Woo there was one:

“Complete SOPR reset in the chain. Coins that move between investors per hour (24 hours MA) no longer generate a profit on average. In order to lower the SOPR, investors would have to be willing to sell at a loss. “Bitcoin adapted SOPR. Source: Glassnode

Woo also suggested that investors are less likely to sell at a loss, an early signal that Bitcoin may be on the verge of bottoming out.

Altcoins and DeFi tokens are increasing

The rise in the price of many DeFi-related tokens is largely due to an increase in DEX activity. Data from Dune Analytics shows monthly DEX volume has increased since July 2020 and the total value of DeFi is currently $ 23.89 billion. 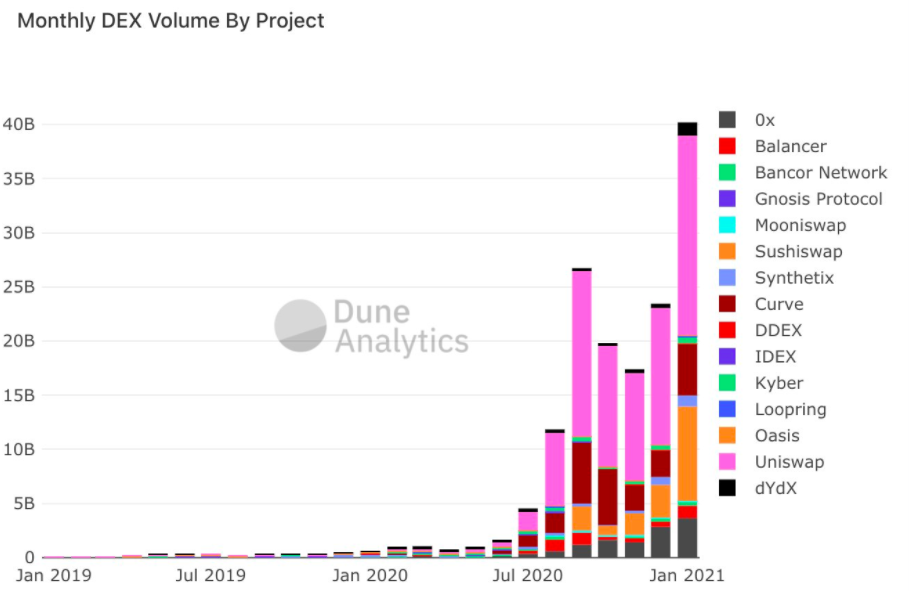 The market cap for cryptocurrencies is now $ 936.8 billion, and Bitcoin’s dominance rate is 63.5%.