Bitcoin’s (BTC) fall below $ 30,000 was short-lived as the top cryptocurrency found a new wave of support, including a $ 10 million “buy the dip” moment from MicroStrategy.

Data from Cointelegraph Markets and TradingView show that the strong inflows helped push BTC 4.92% to a daily high of $ 33,866.

As the prospect of massive stimulus packages being passed by the Biden government to revive the U.S. economy re-emerges, talks resurface about Bitcoin becoming a reserve currency.

Although some analysts claim that BTC is more of a cyclical asset than a hedge due to Bitcoin’s recent volatility, recent price movements have caught the attention of retail investors, who have generally shown renewed interest in cryptocurrencies.

After the Bitcoin Fear Index switched from Extreme Greed to Fear, some investors seem to be following Warren Buffet’s advice: “Buy when there’s blood on the streets”.

According to Chad Steinglass, Head of Trading at CrossTower, the Bitcoin correction may initially have been triggered by critical comments from the US. Treasury Secretary Janet Yellen.

Prior to Yellen’s comments, Bitcoin was experiencing “post-correction consolidation” and was pegged “between $ 34,000 and $ 38,000” with traders “waiting to see which side of the range would be challenged or broken”. 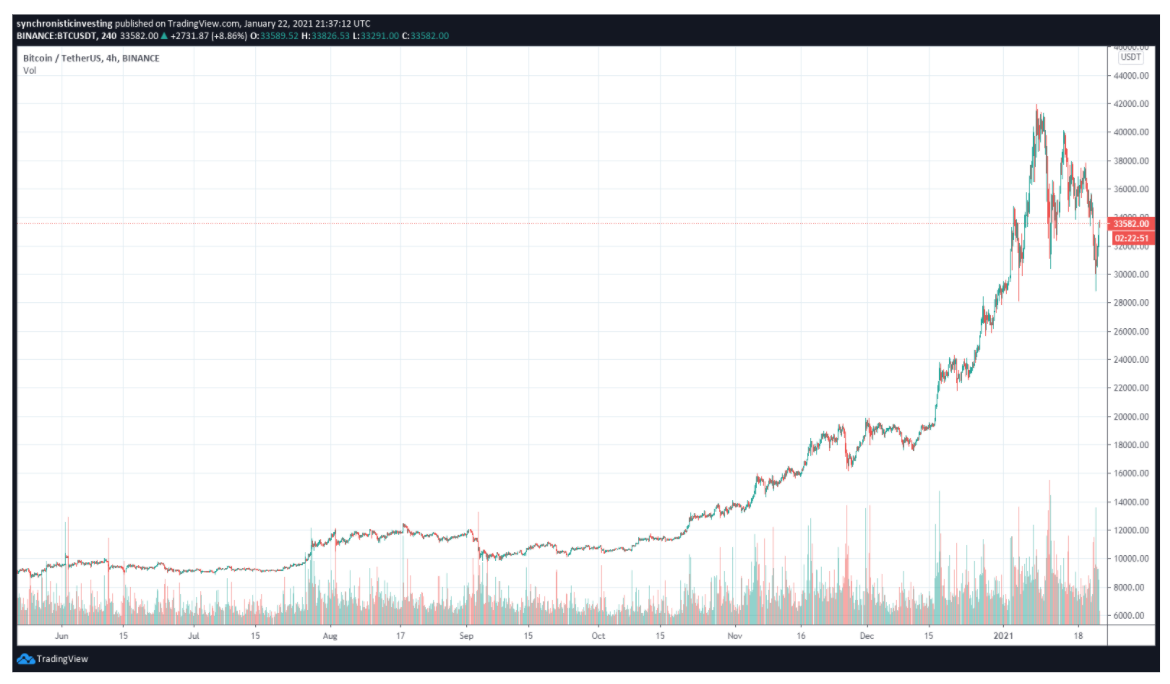 Steinglass further explains that Bitcoin’s next steps will be determined by the actions of institutional investors. He said:

“$ 31,000 was a bag of strong support, so at least not everyone is selling. We will have to wait and see whether this wall remains or whether institutions continue to pile up. If so, the trend is likely to re-establish and continue. If they step on the sidelines and wait for more regulatory guidance, their lack of buying flows will be clearly felt. “

The total market cap for cryptocurrencies is now $ 949.8 billion, and Bitcoin’s dominance rate is 64.4%.