Bitcoin (BTC) price continues to rebound from its correction below $ 55,000 and at the time of writing traders are looking to regain the $ 57,000 level as support.

Data from Cointelegraph Markets and TradingView show that an early morning wave of sales pushed Bitcoin price to a daily low of $ 53,167.

While Bitcoin price could continue to encounter overhead resistance in the $ 56,000- $ 58,000 range, it remains on a strong uptrend as potential Bitcoin options worth $ 6.1 billion expire on March 26th The imminent expiry is more beneficial to the bulls as long as BTC stays above $ 52,000.

Ether (ETH) has also seen a consolidation pattern since hitting a new all-time high of $ 1,950 on March 13. Professional traders see the $ 1,750 level as strong support after several bearish tests over the past week.

Several altcoins erupted in price on Tuesday as partnership announcements and stock exchange listings have proven to be effective means of price movement.

The biggest announcement of the day came from Coinbase Pro, which announced that the company has started accepting inbound transfers from Cardano (ADA) and will support trading services “on or after 9 p.m. PT on Thursday March 18 if the liquidity conditions are met “. 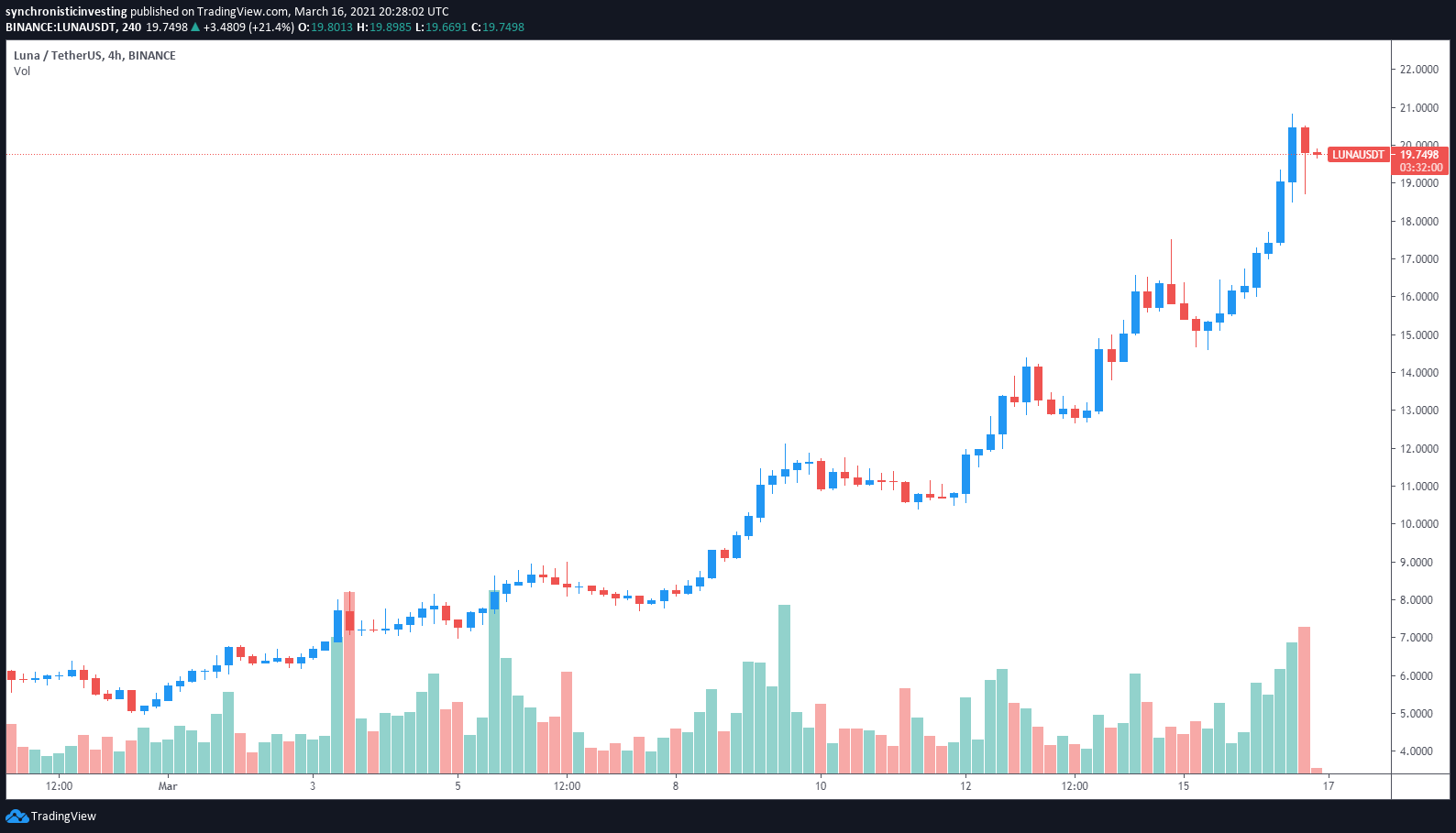 The Basic Attention Token (BAT) also saw a new price hike to a new record high of $ 1.18 as the blockchain-based web browser continues to take advantage of several announcements, including the acquisition of a search engine provider and plans to integrate NFT Functions and a DEX aggregator.

Global financial markets came under pressure on Tuesday as retail sales were weaker than expected and 10-year government bond yields rose, closing the day’s close 0.87% at 1.621. 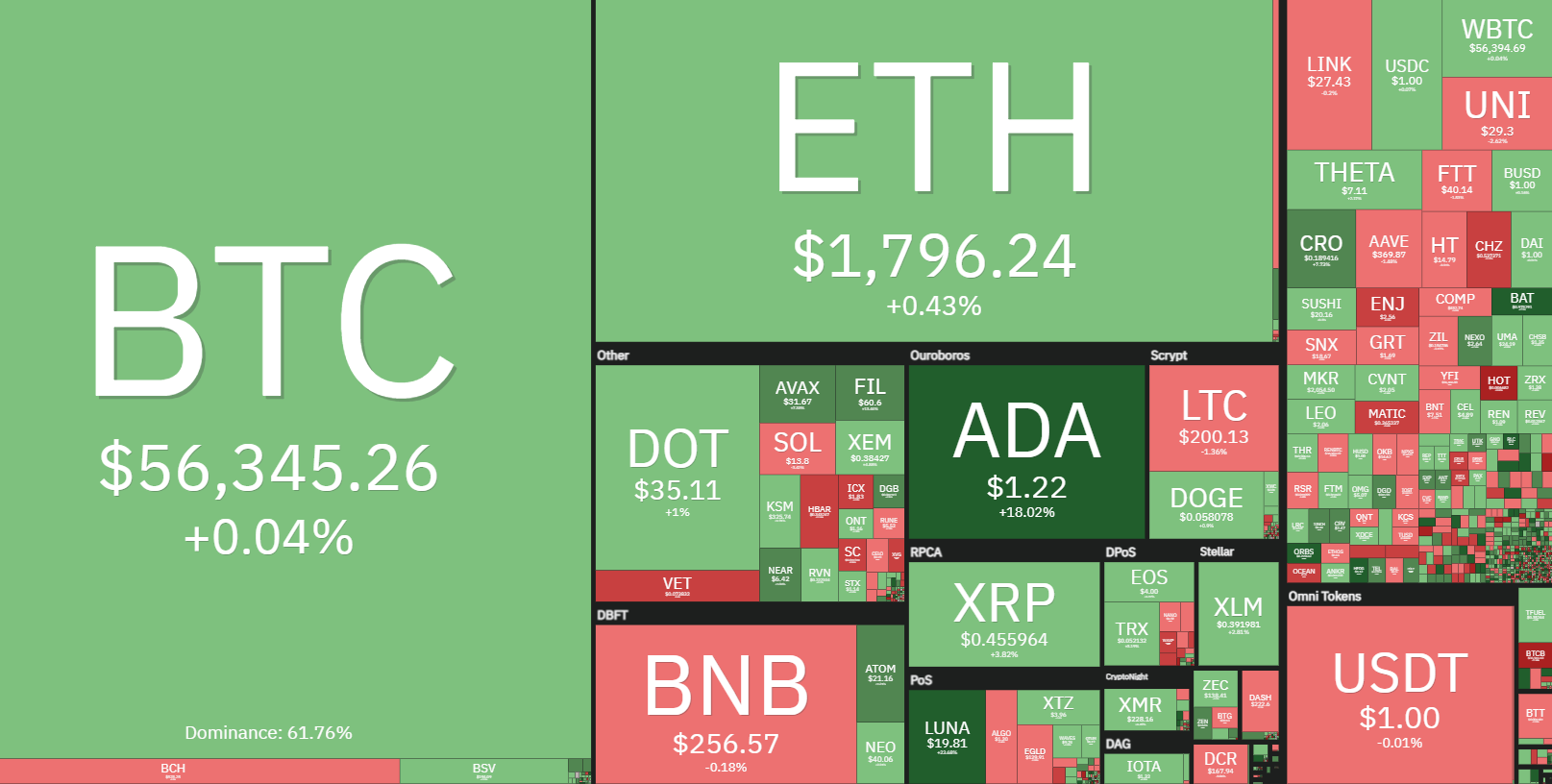 Despite the decline in both Bitcoin and Ether prices, the general outlook for the cryptocurrency market is bullish as signs of steady mainstream adoption emerge on a daily basis.

Data shows that long-term cryptocurrency holders have been accumulating BTC over the past few months, while short-term traders are confident that high-leverage speculative trading will pay off. The steady spike in BTC accumulation suggests that the current bull market has enough headroom to run higher.

The market cap for cryptocurrencies is now $ 1.723 trillion, and Bitcoin’s dominance rate is 60.8%.