The bulls took full control of the crypto market on March 13 when the price of Bitcoin (BTC) rose to a new all-time high of $ 61,844 after a sharp rise in volume pushed the price close to $ 58,000 through overhead resistance.

Analysts had spent the week calling for a possible surge above the $ 60,000 level, and social metrics showed that positive sentiment for Bitcoin continued to mount as a number of companies and institutional investors announced plans to buy BTC.

Bitcoin is now in the realm of pricing as there is limited data available from a technical analysis standpoint to determine where price could go next.

One possible price target was highlighted in a recent report by Philip Swift, co-founder of Decentrader, who now sees the 1,618 Fib expansion ($ 70,000) as the next level of profit.

Evidence of the growing merger between the cryptocurrency sector and the mainstream industry can be found in recent news that the FTX Exchange is in the process of signing a deal to sponsor the National Basketball Association’s Miami Heat and get naming rights to the teams’ arena. which will likely be renamed FTX Arena.

Once the contract is concluded, the deal would be the first major partnership with an American sports league for a cryptocurrency project or platform.

The explosion in the popularity of non-fungible tokens also caught mainstream press attention following the record breaking $ 69.3 million Beeple auction this week. The success of the action has led an increasing number of well-known artists to explore the NFT space and the opportunities it offers.

Altcoins also lit up as Bitcoin hit a new all-time high. Decentraland (MANA), a virtual reality and games-focused project, outperformed the field with an 89% increase to a price of $ 1.19. 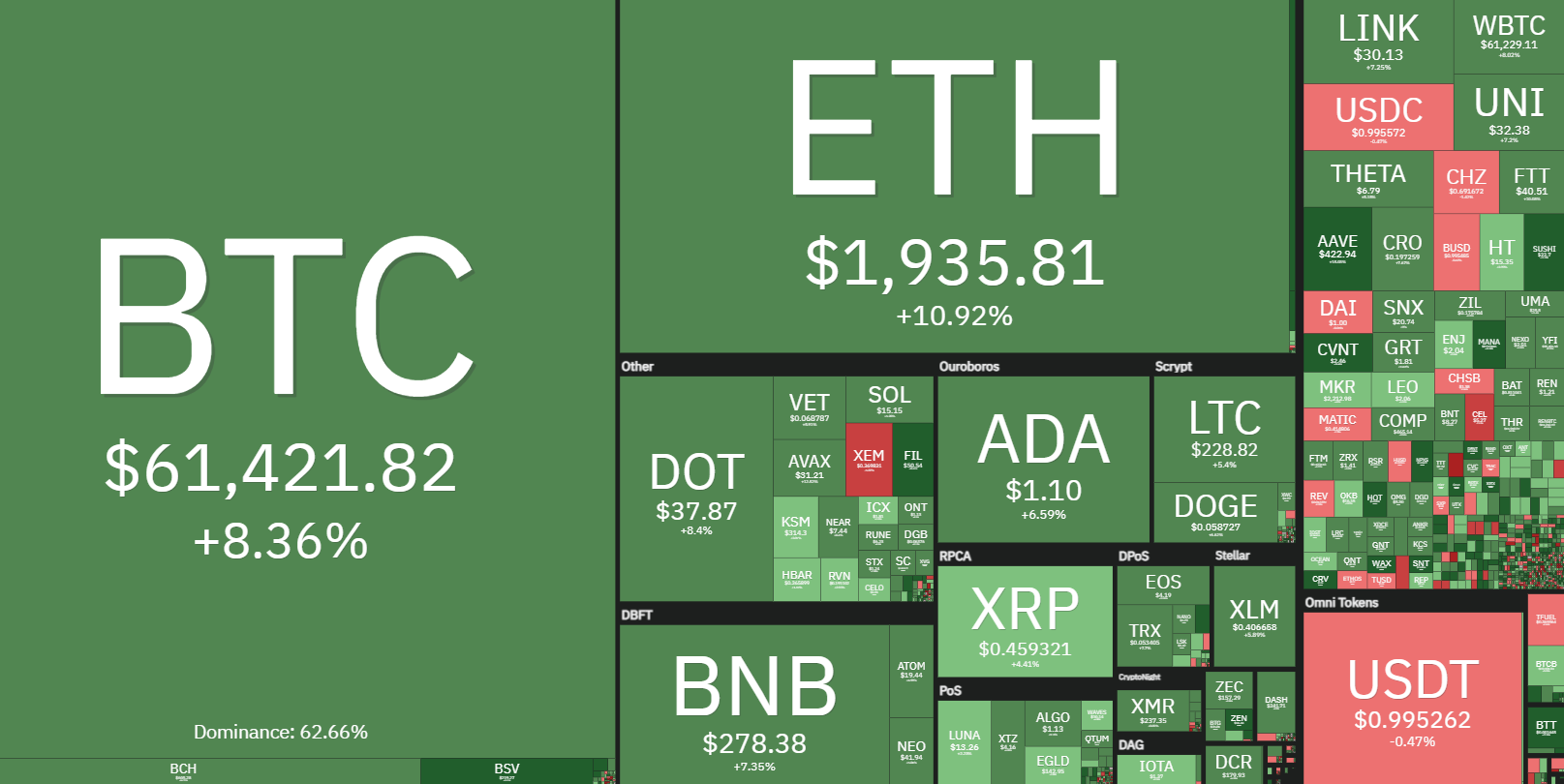 The majority of small-cap altcoins saw double-digit gains, and even large-cap coins like AAVE and Bitcoin Cash (BCH) rose 10.84% ​​and 14%, respectively.

The market cap for cryptocurrencies is now $ 1.84 trillion, and Bitcoin’s dominance rate is 62.1%.