According to Glassnode, Bitcoin (BTC) miners earned over $ 4 million in just under an hour on Feb.12. This was the largest hourly turnover in history.

In May 2020, Bitcoin underwent the third block reward, halving in its history, reducing the amount of new Bitcoin that was mined.

After halving the block reward, the number of BTC miners who can mine with computing power will be cut in half. As a result, miners’ income falls by 50% overnight, which could put a strain on the mining operations in the short term.

At the same time, the hash rate of the Bitcoin network is at a new all-time high. The fourth adjustment of the difficulty level in a row by around 2.5% in seven days is expected.

Why are Bitcoin Miner’s revenues increasing?

Block rewards are halved every four years to reduce the rate at which the remaining bitcoin supply is brought to market.

As Bitcoin approaches its firm supply of 21 million, the pace at which new BTC is mined will be reduced by halving it. However, the halving can put tremendous pressure on miners who depend on the BTC they mined to cover operating costs in the short term.

In theory, if it halves, the price of Bitcoin is expected to rise due to the lower supply of new coins on the market. Therefore, a higher BTC price can make up for the lower number of BTC miners who are rewarded for mining a block. 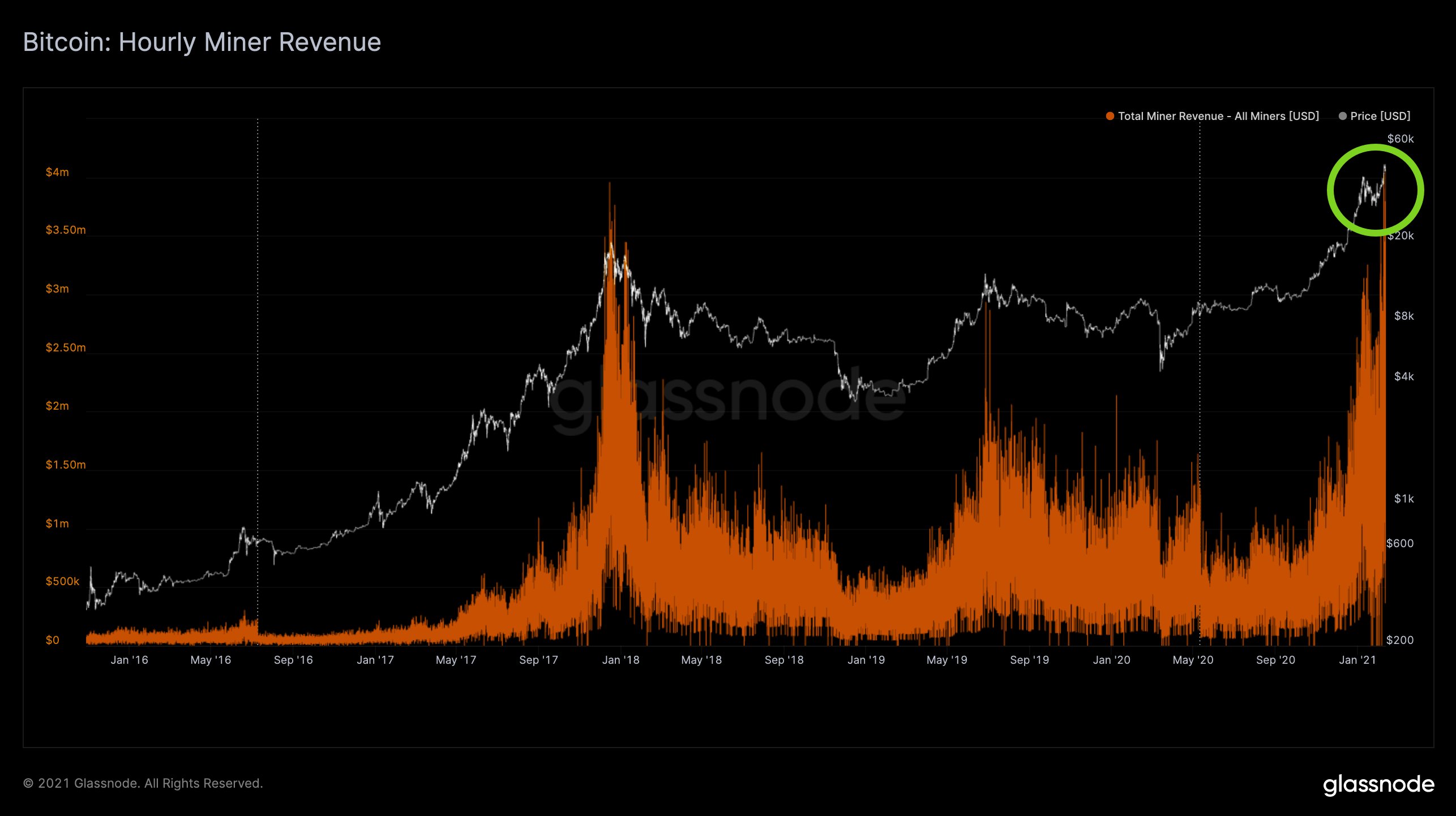 This week, Bitcoin miners posted the largest hourly revenue in history, despite mining half the BTC they had previously mined compared to last year.

This shows that Bitcoin is working as planned and its value is increasing after the block reward is halved. This is an incentive for miners to increase their hash rate and invest in the security of the network. Analysts at Glassnode said:

“# BTC miners made just over $ 4 million in one hour – the highest hourly miners’ turnover in Bitcoin history.”

Will miners’ income keep increasing with the BTC price?

PlanB, a pseudonymous bitcoin researcher behind the popular stock-to-flow (S2F) pricing model, said bitcoin is on track to hit $ 288,000.

The S2F model relies largely on the supply of BTC (the stock) and the new bitcoins mined (the flow), and predicts the price development of BTC based on its scarcity. PlanB wrote: 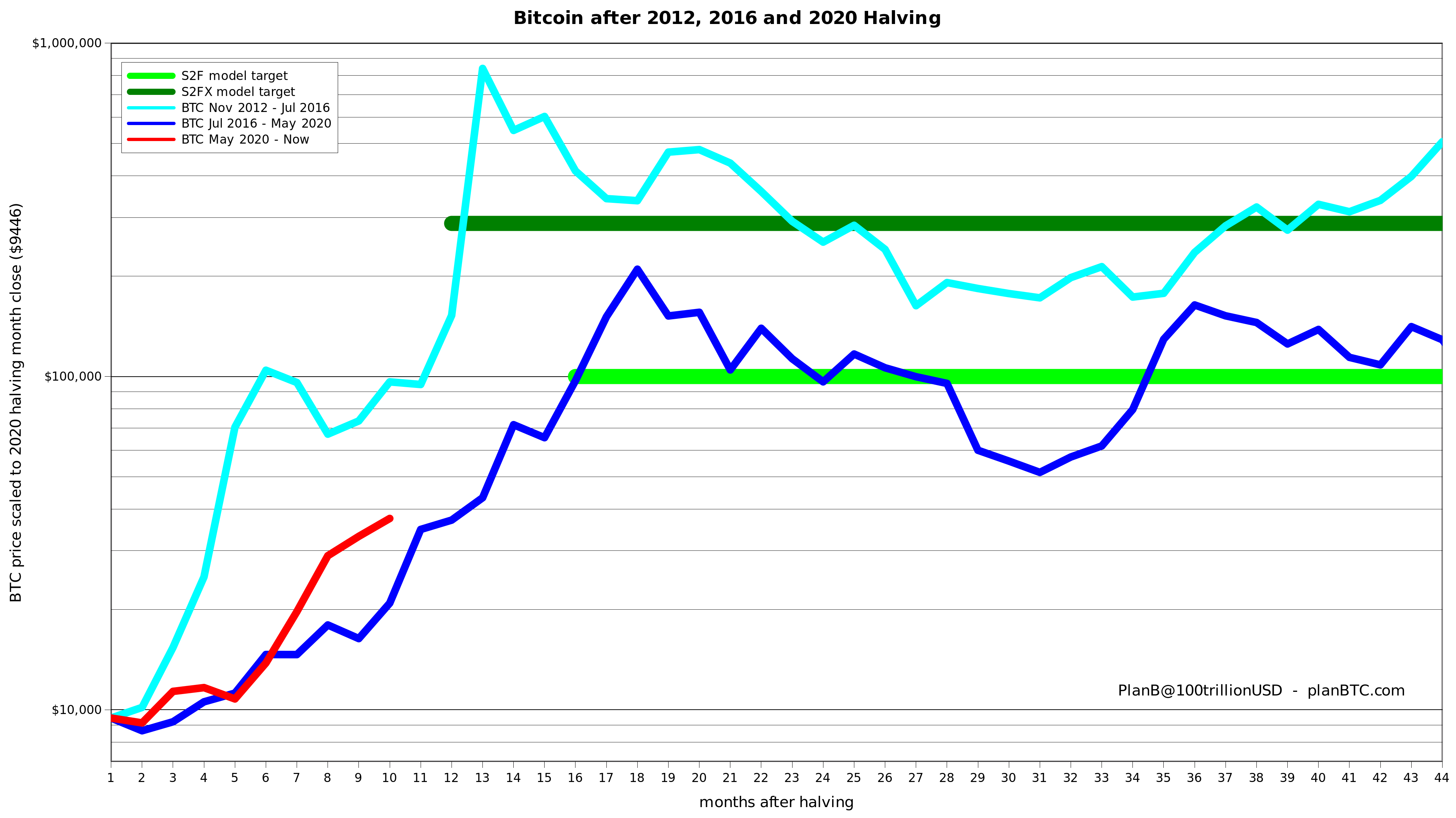 Bitcoin is currently consolidating over $ 48,500 after hitting a new all-time high. When the price of BTC approaches $ 60,000, the cryptocurrency’s market cap would top $ 1 trillion.

“Every institution, company, and person who holds one of the ETFs under, or simply, $ TSLA also holds #Bitcoin. Tesla pulled the ultimate Trojan horse. Let’s say hello to Warren Buffett and the Swiss National Bank. Hold TSLA? They are long $ BTC. “