While projects like Cryptokitties, Axie Infinity (AXS), and Aavegotchi (GHST) are some of the most famous NFT tokens in space, several new platforms have popped up and hit new highs in the past few weeks.

Chromia (CHR), Rarible (RARI) and LUKSO (LYXe) are three projects that have all hit new highs in the last few days, as NFTs take center stage and become more important as the blockchain spreads.

Chromia is a public blockchain platform currently operating over the Ethereum Network (ETH) and powered by a new blockchain language called Rell. 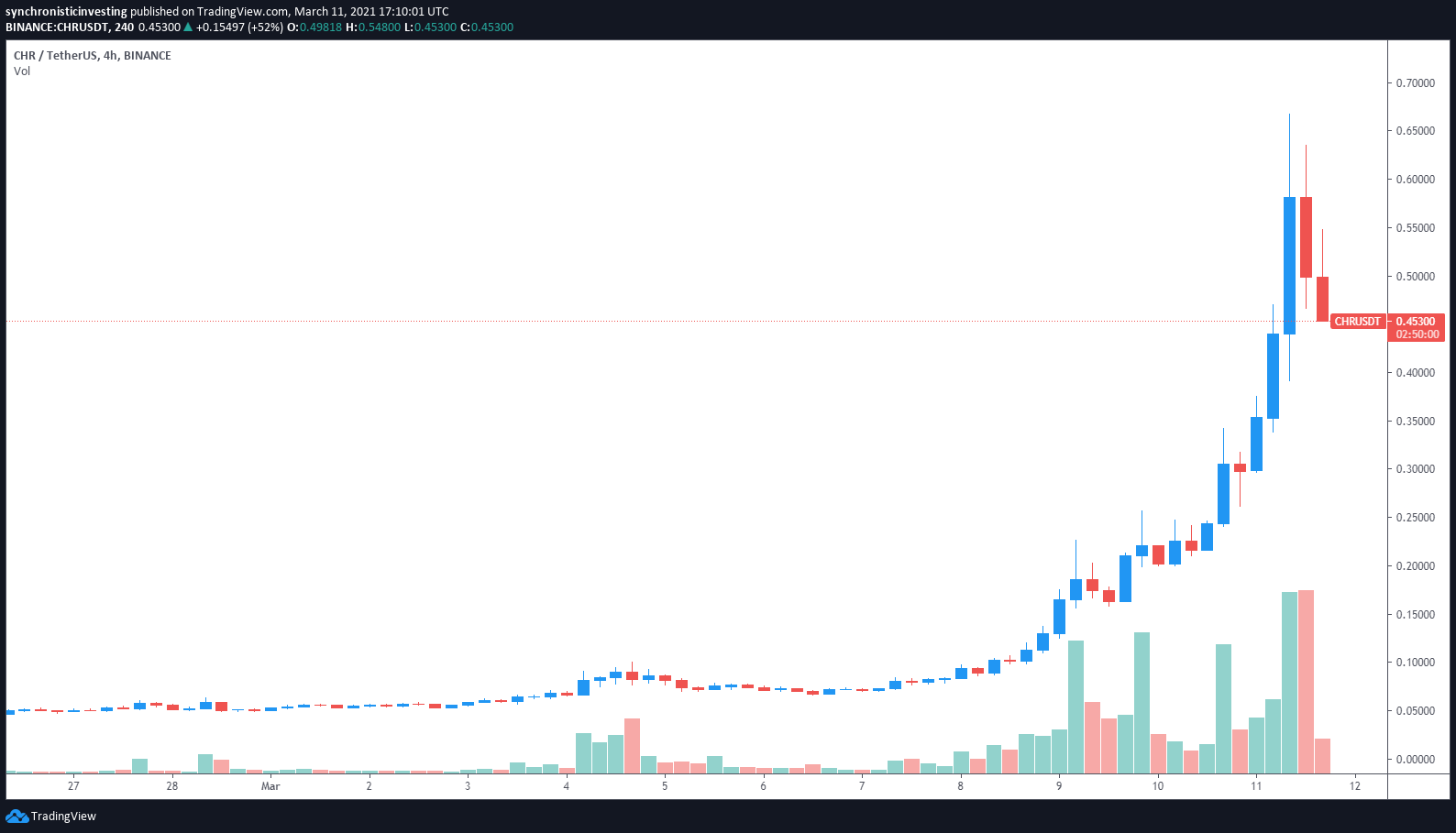 The movement for the token started after it was announced on March 9th that the ALICE token, the native token for the multiplayer game My Neighbor Alice, will be listed on Binance from March 15th. The game is actually Chromia based and could be one of the bullish catalysts behind the recent surge.

The game combines the gaming experience of popular games like Animal Crossing with the functionality of the burgeoning decentralized finance and NFT sectors, including wagering a stake, secured NFTs, and NFT rentals.

Rarible is a developer-focused marketplace and issuing platform for NFTs that uses the RARI token to reward commitment to the protocol. The platform describes itself as the “first jointly owned NFT marketplace” where users can “create, sell or collect digital objects secured with blockchain”. 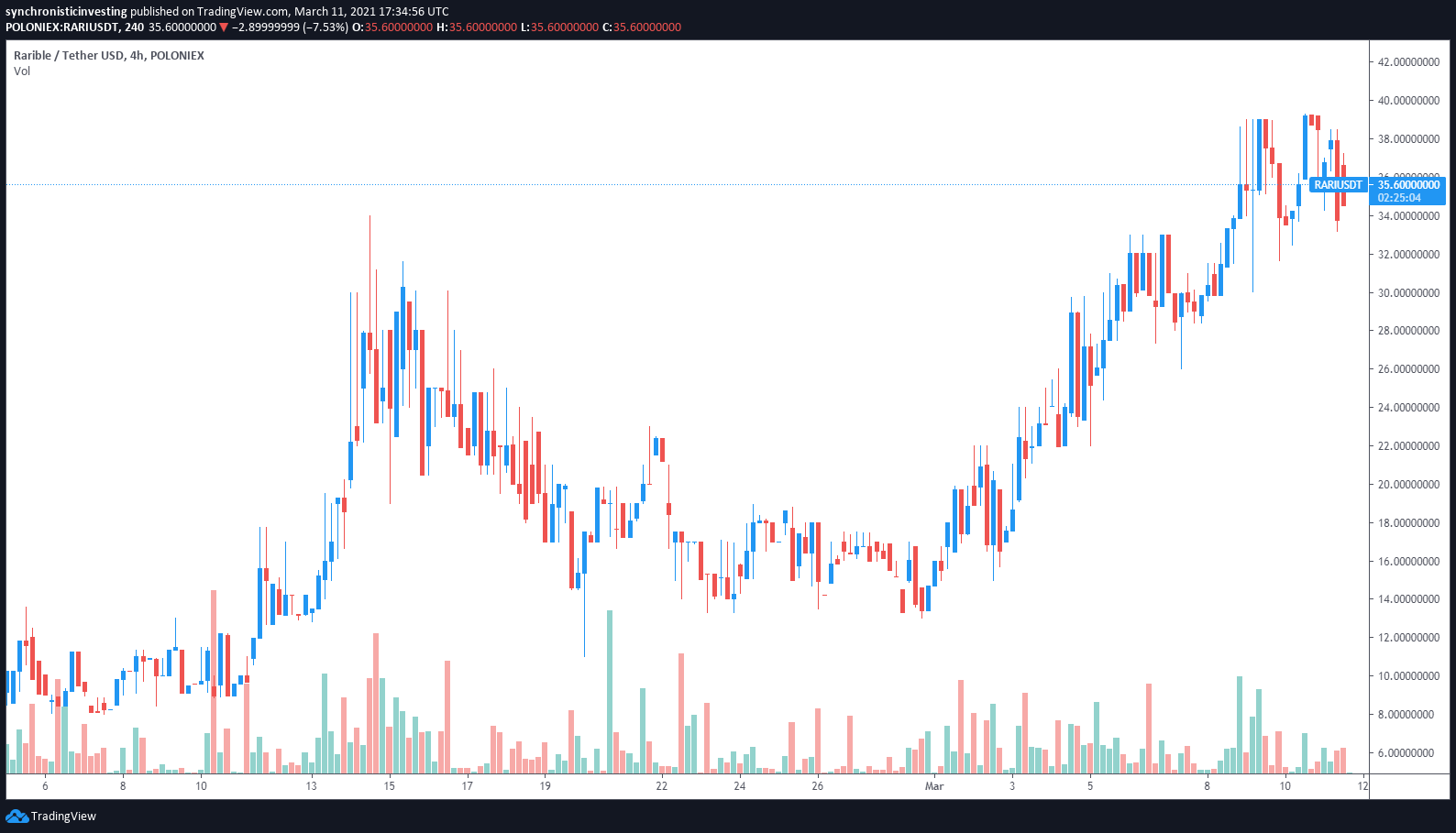 Scrolling through the project’s Twitter feed reveals that while the Rarible community has been fairly active for a while, it was the March 1st announcement that Rarible was listed on Product Hunt that was the final rally to a new one Brought high.

A renewed wave of optimism for the token came on March 7th when Taco Bell, a popular American fast food restaurant, launched its own NFT, only available in the rarible market. The announcement sparked a surge in trading volume that helped RARI hit new highs on March 10th.

Lukso is a blockchain infrastructure that claims to offer “a range of standards and solutions for physical and digital consumer goods” that promote transparency and create “new forms of responsible production and consumption”.

The Lukso Multiversum is a blockchain network that combines fashion, games, design and social media into one central place where the general public can interact with blockchain via decentralized applications. 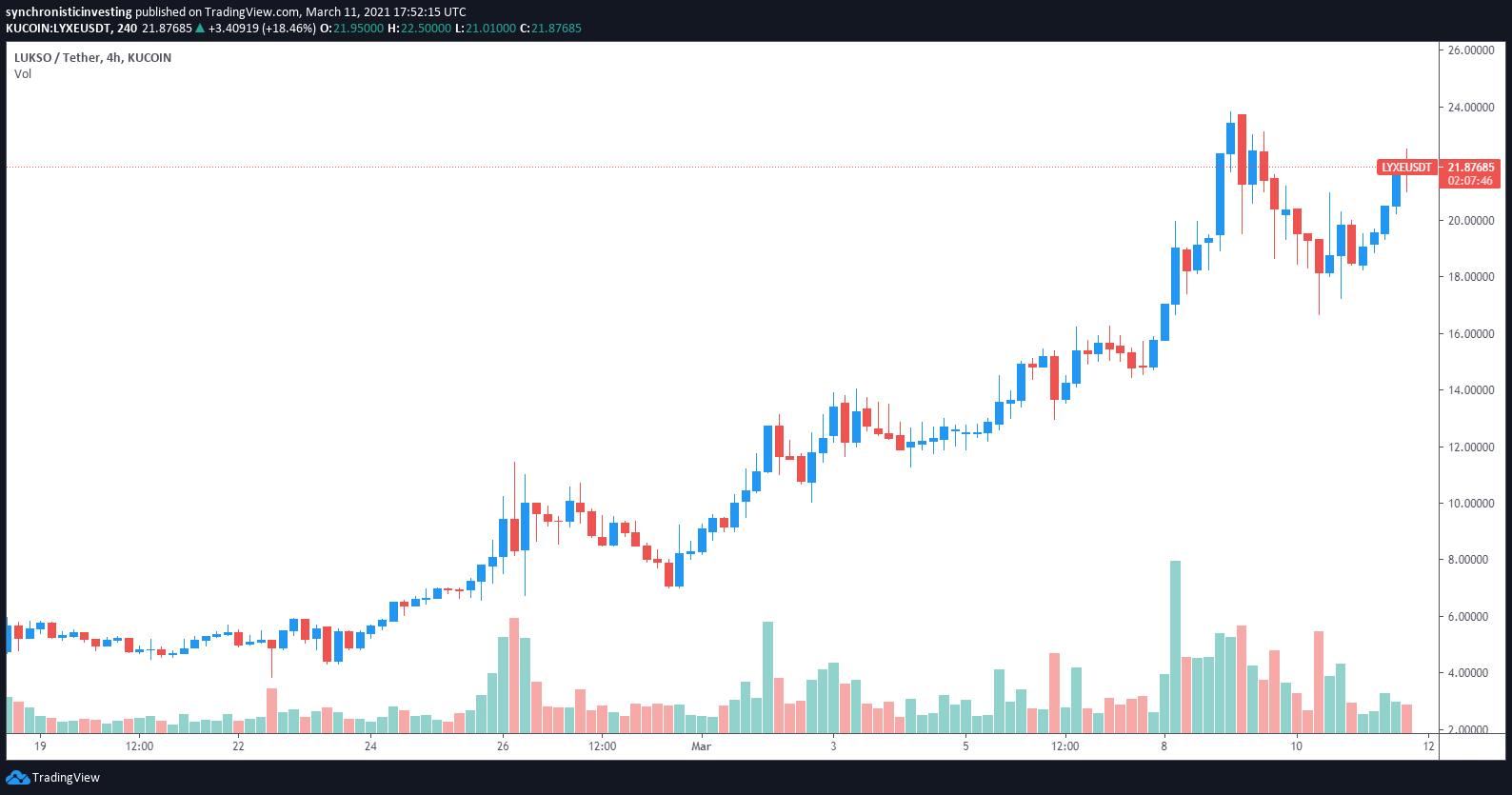 Trading activity for LYXe actually picked up on February 26th as the project’s participation in Crypto Fashion Week ended.

Well-known partners such as Vogue Germany took part in the event, which is now immersing itself in the world of NFTs and trying to combine the world of blockchain and digital fashion.

Since the end of Crypto Fashion Week, LUKSO’s Twitter feed has received increased engagement from those interested in learning more about the future of the digital economy and the various use cases for NFTs.

The explosion of interest in NFTs has given new life and excitement to the cryptocurrency space as the DeFi sector entered a cooling off period when many of the top tokens were consolidating as traders turned their attention to Bitcoin prices and NFTs.

As new projects and mainstream companies begin to delve into digital memorabilia creation, NFT-related projects such as Chromia, Rarible, and Lukso are well positioned to grow further as mainstream adoption increases.