If Bitcoin struggles to cross the $ 51,600 resistance area in the short term, technical analysts say the likelihood of a correction increases.

According to Josh Olszewicz, a cryptocurrency trader and technical analyst, the $ 51,600 level is currently acting as a strong resistance level.

Therefore, a rally above $ 51,600 is the definite invalidation point for any short-term bearish scenario for Bitcoin.

The short-term failure could result in a bearish test of the lower support areas, which is around $ 42,000. He said:

The USD 42,000 support area is a key level as it marks the top of the previous rally. On January 8, the price of Bitcoin on Binance hit a high of $ 42,085 and was heavily revised thereafter.

However, a decline in Bitcoin to $ 42,000 to retest the previous spike as a support area wouldn’t necessarily be bearish in the short term.

Additionally, Whalemap analysts noted large inflows into whale wallets of $ 48,500 and $ 46,500, which they believe should provide some support to BTC.

“The current situation looks similar to 29 km,” they explained. Additionally, the $ 46,532 level could now be “the new $ 29,000” that was support during the previous correction in January prior to the rally resuming. They added: 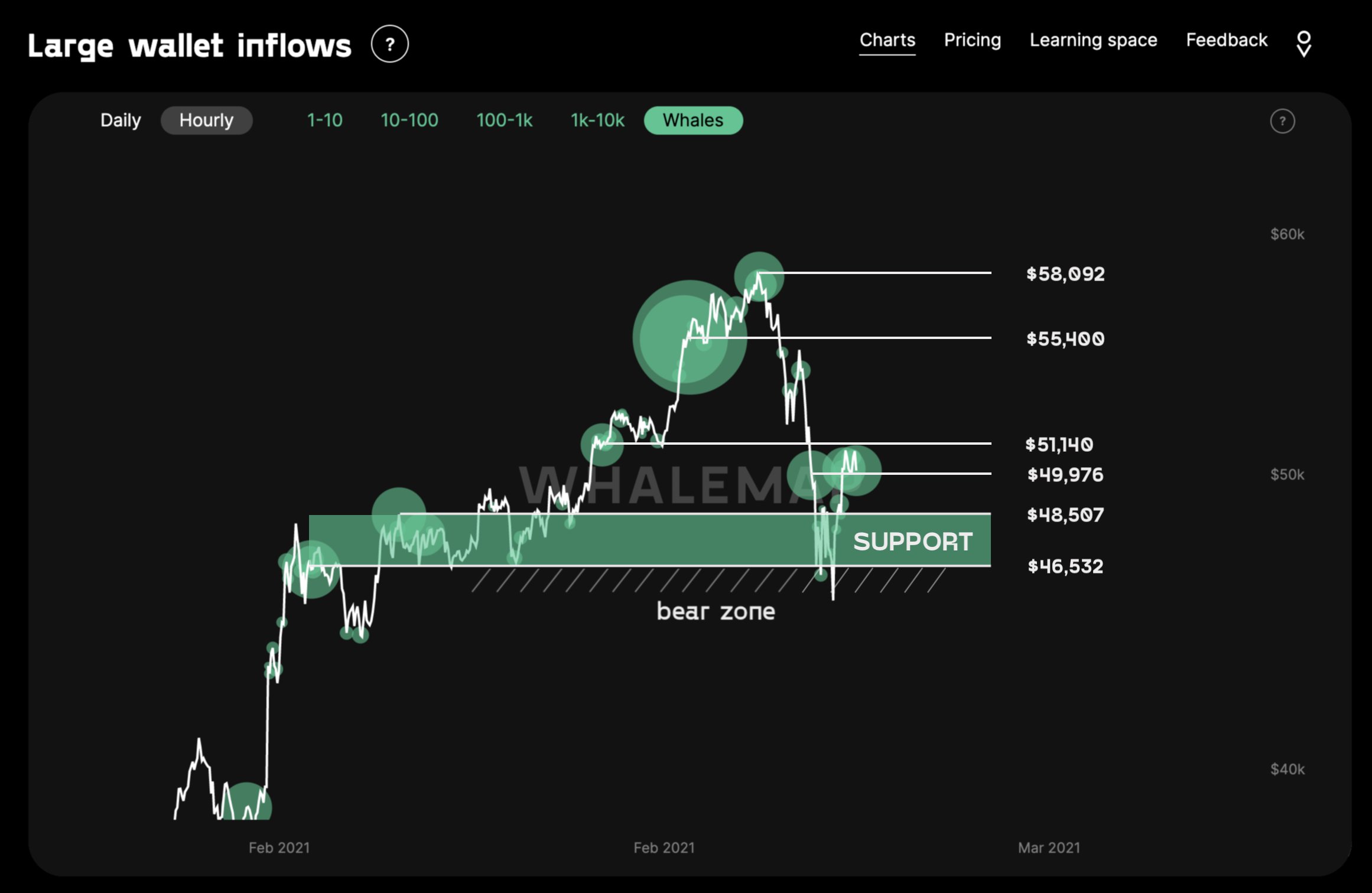 The most compelling argument for a short-term Bitcoin decline

Bitcoin tends to seek liquidity after a longer period of consolidation, meaning it can fall down to fulfill buy orders in areas of lower support that can ultimately trigger a new rally.

A pseudonymous trader named “Salsa Tekila” repeated this feeling. He said there is a large area of ​​support at $ 41,000 followed by resistance at $ 54,000. He wrote:

“My current take on BTC in the medium term: 1) support around USD 41,000. 2) resistance around USD 54,000. Depending on the context, I can trigger fluctuations in these two environments. Until then, probably only scalp, unless major events occur.”

The ideal scenario would be for Bitcoin to maintain the USD 44,800 support area if it falls again, stabilizes it as a macro support level, and then goes back up.